Why the hell should I do this?, you may ask. And then you will list all the disadvantages as a slow workflow from the exposure to the final image, that you can’t control immediately, what you have shot. That you only have a limited number of pictures on a film, that you can’t change the ASA- setting from one image to the next and, and, and….Well and now after many years of technical development even hardcore analog-fans have to admit that the technical quality of digitally taken pictures are better than those of exposured on film. But have you ever asked yourself why all these great photographers as for example Henri Cartier Bresson, Saul Leiter, Chargesheimer only to mention a few – why and how they could take their pictures without any digital help?

The answer is obvious: It’s not only a question of used technology.

For me analog photography is not better or worse than digital photography. I use both. But the analog photos have this special look and feel that in my opinion can hardly be imitated with digital equipment. You can add “analog grain” of higher ASA films in the digital postproduction but your images will loose their authenticity.
Take a walk on “The Analogue Street” in Facebook and you will probably understand what I mean

So what do you need for your first analogue Experiments?
Maybe you still have an old analog camera, you only need a film which you can buy everywhere. If not, you need a camera with a lens. Unless you don´t want to buy a Leica Rangefinder or a Hasselblad medium format camera you will see, that the equipment is very cheap. There are a lot of working analogue cams on the web with good and cheap lenses for about 50-100 Dollars or simply ask your local photo equipment dealer.

You have the choice between a 35mm camera or a medium format camera. If you buy a used one you can get nearly everything that has been produced since photography exists. Lets begin with 35mm Cameras. If you are addicted to rangefinder cams, a used Leica maybe the perfect choice for you. Normally even older Models work great. If you can´t afford it, try a Russian rangefinder like the Zorki. This ones you get very cheap on ebay or so. Even some russian lenses have a good reputation and the look of those cams is also great. Of course you can also buy a 35mm SLR camera. Almost every brand is still to get (Canon, Nikon, Contax, Yashica, Minolta ….) Mostly these one are cheap and older ones are even smaller than the big DSLR from today. And remember, the size of film is the same as a modern high expensive digital full frame camera. So there is no crop-factor. 50mm is 50mm and that’s it.

Example for a 35mm shoot with a Russian Zorki 3M 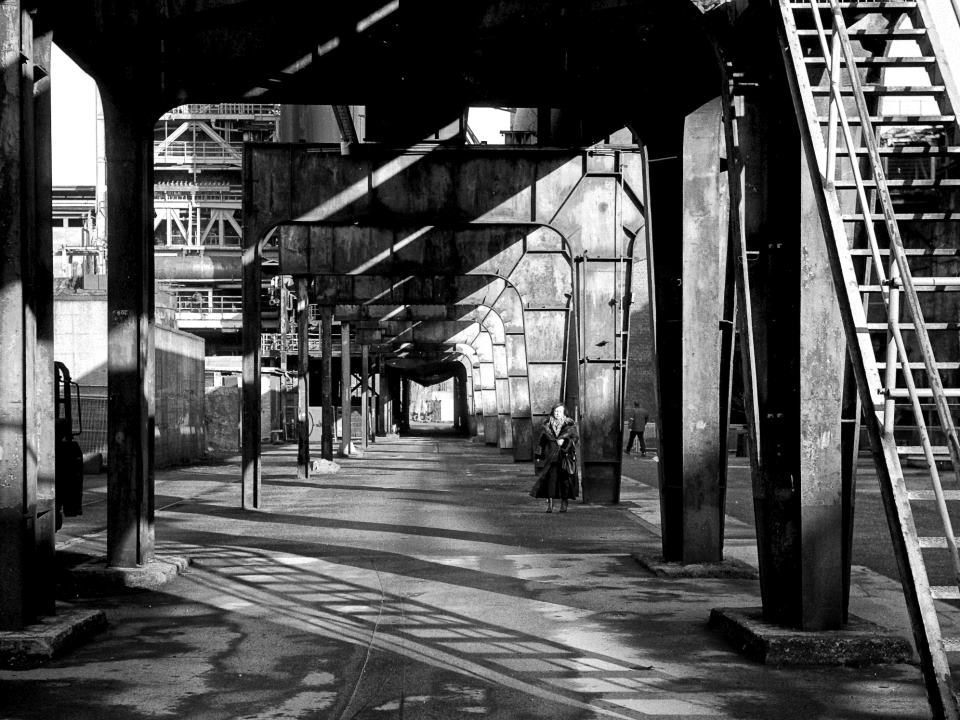 Maybe you want to buy a medium format camera with a 120 roll-film. Those Hasselblads are great but of course still expensive. You can get cheaper ones in campact sizes like elder folding cameras, for example Agfa Isolette, Franka Solida etc. There are also nice working and looking twin eye cameras available on the web like.

Example for a shot with a Hasselblad on 120mm Film 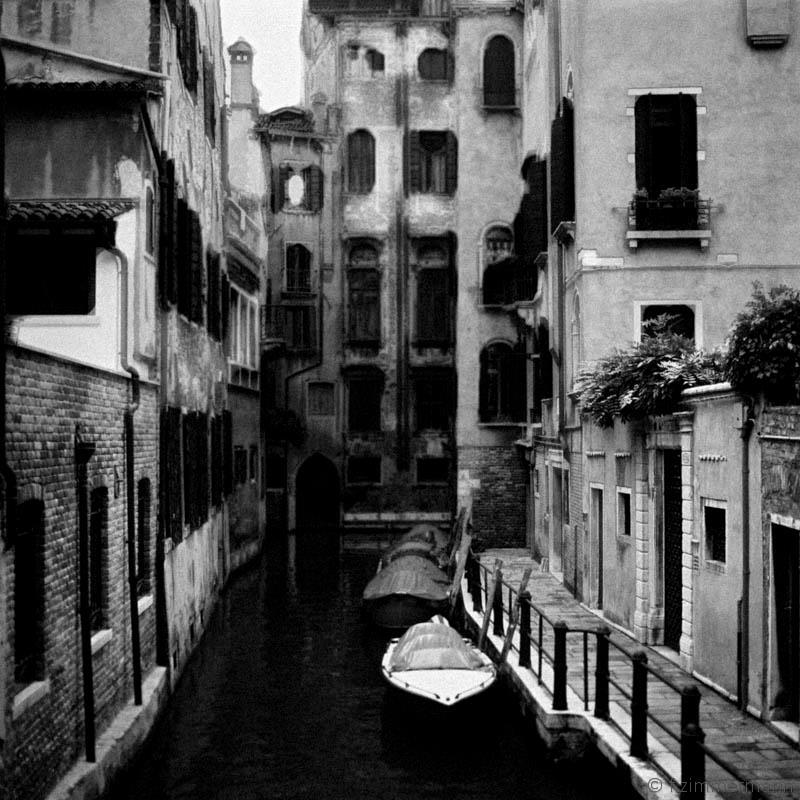 For Street photography I would recommend a 35mm camera. It´s smaller and not so heavy to carry around and 35mm are easier to find in shops if you need.

So what about Film? There is still a lot of material on the market. The first you have to decide if you want to shoot on a color or a black and white film. Then you have to look for the ASA. If you know what ISO on you digital cam is, than you will understand at once. A 400 ASA film is more light sensitive than a 100 ASA film. The higher the ASA number is, the more grain you will get, but there are modern films that have minimal grain even at higher ASA numbers. 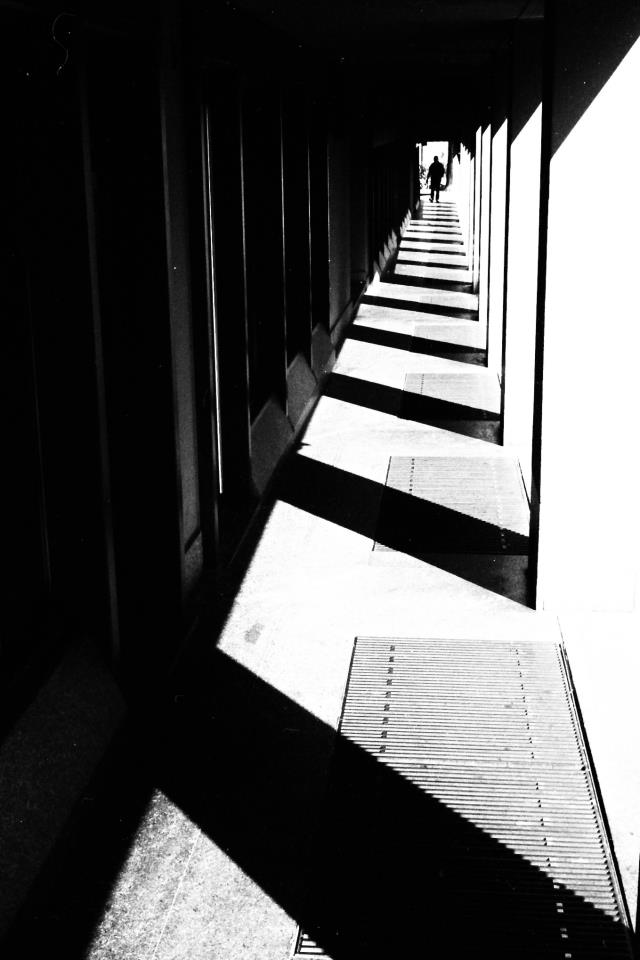 So what will you do after shooting? Of course you can give your negatives to your local drugstore and let them develop the negatives for low budget. It is recommendable to do so with color negatives because of the equipment you would need to develop a film properly in the C41-process.
If you are addicted to black and white as most street photograpers obviously are, you can even develop the negatives yourselves. It takes maximum half an hour to do it and you don´t need much equipment. So you are nearly as fast as in the digital world. The combination of film, film developer, developing time will give you an individual output which you can influence like an artist. 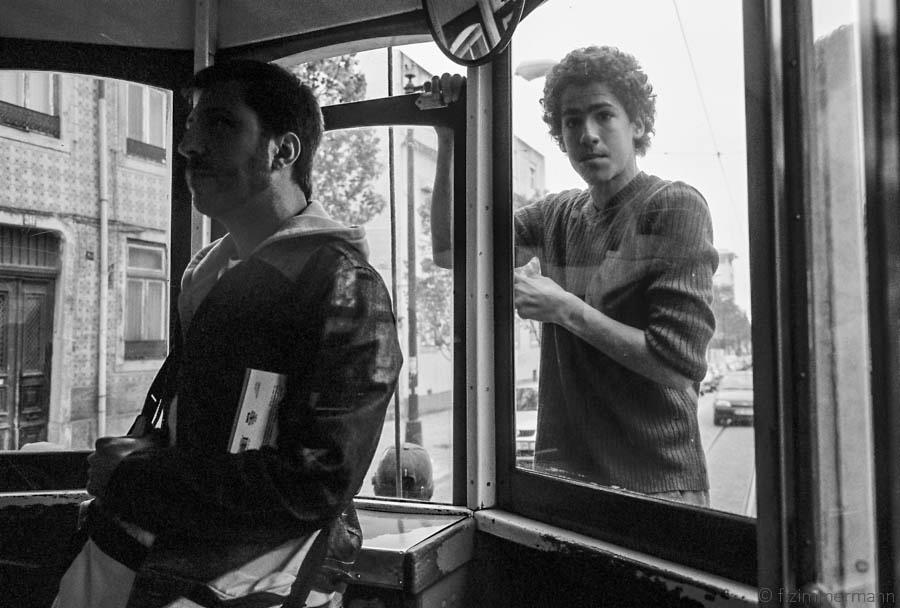 To come back in the digital world in order to post your pictures where ever you want, you need your negatives scanned. Either your local drugstore will do it for you or you should buy a good scanner.

So you are back in the normal workflow that you know from your digital work up to now. But you will have won the special look of the film material. You can print your images or leave it in in digital form. But for us from “The Analogue Street” the highest level is to make your own prints from the negatives on special photography-paper. You certainly will find small photolabs in your home-town who are glad to do this for you. 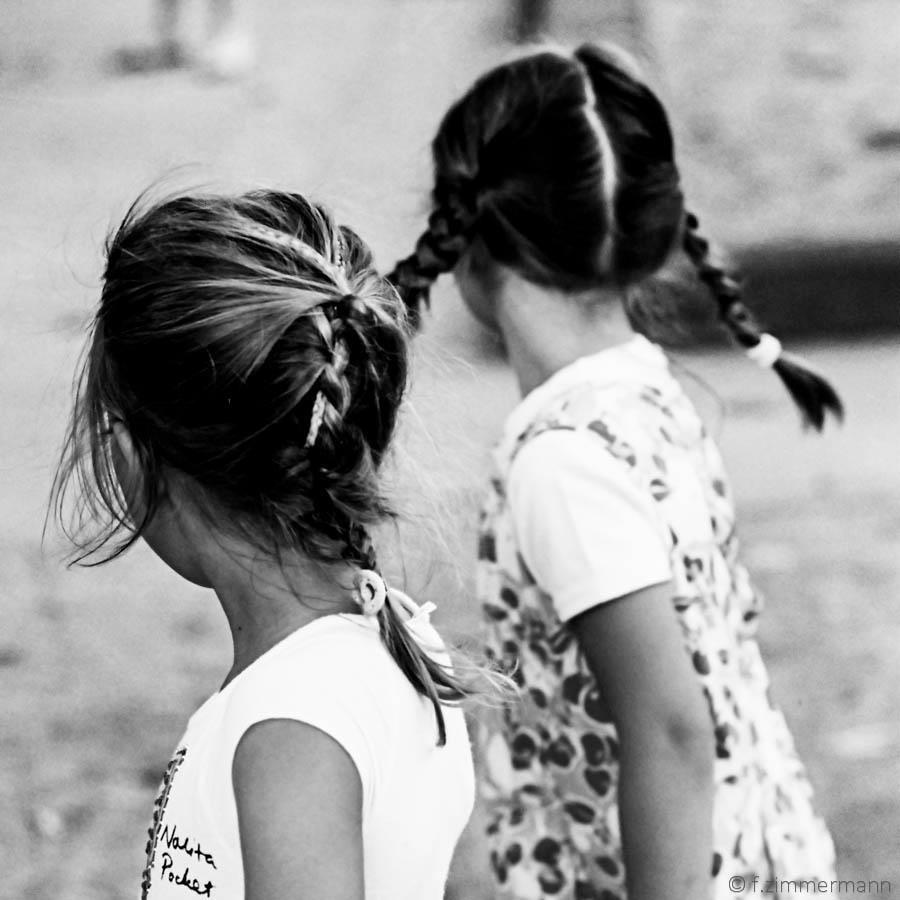 So what do you think? Is it worth trying to shoot the analog way? Don’t wait – go out and make you first steps in analog photography.