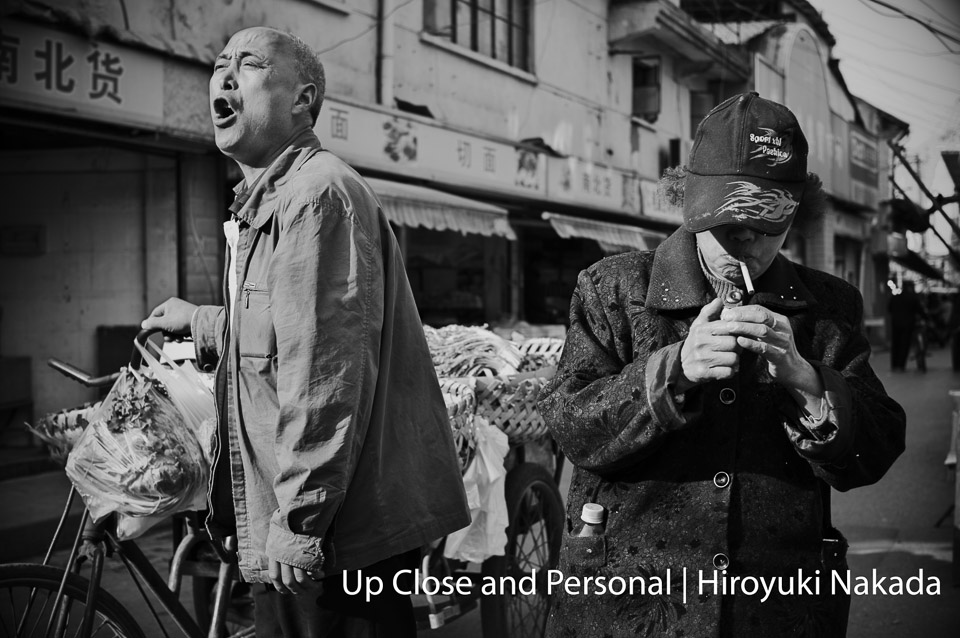 SVP is ecstatic to present photographer Hiroyuki Nakada along with his street photography images.  Without diminishing the prose of his words written in his mother tongue, what follows is a loose translation of his heartfelt sentiments in a letter he addressed to SVP, expressing his passion for photography. 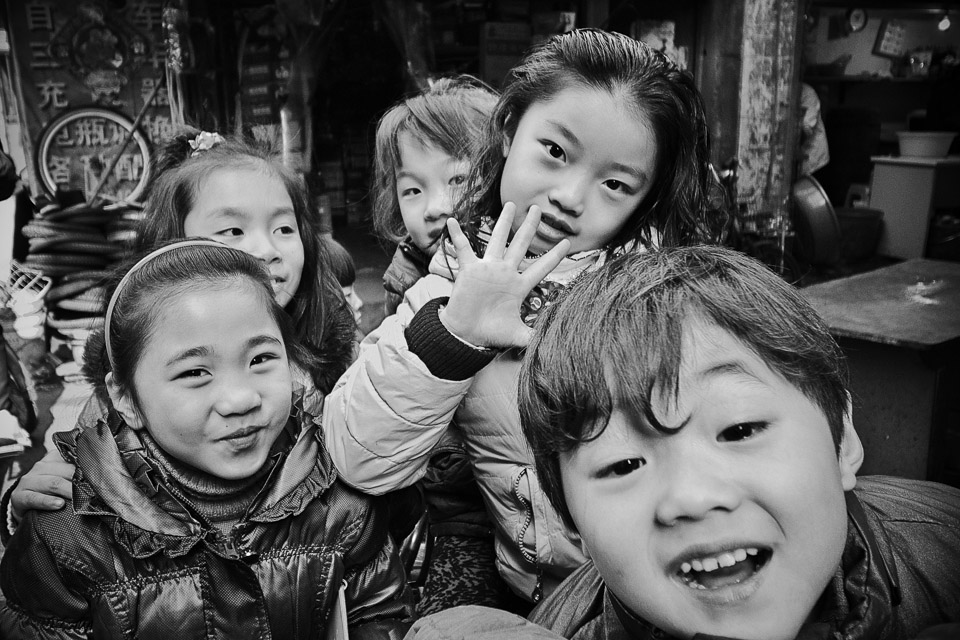 Born in Japan, Hiroyuki Nakada has lived in Shanghai, China since 1999. 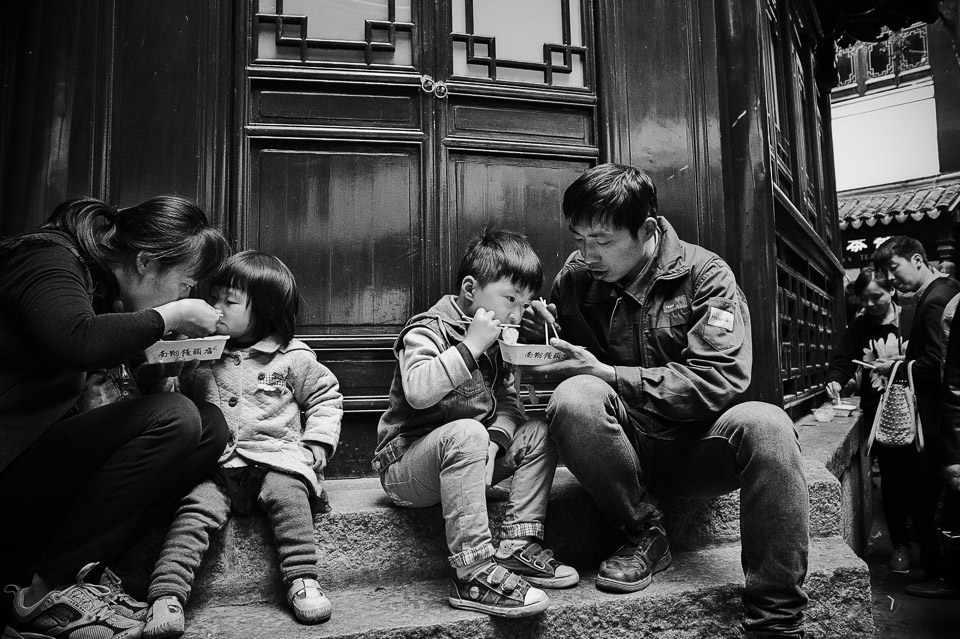 Hiroyuki strives for universal metaphors that  best describe his affinity for photographing in the streets. His passion, he says, is as deep as “the Ocean” and much like the tide, “always changing.” Armed with his camera and an insatiable curiosity and desire to understand the essence of the city and its people, he wanders the streets of Shanghai capturing the ebbs and flows of the traditions and culture of Mainland China. 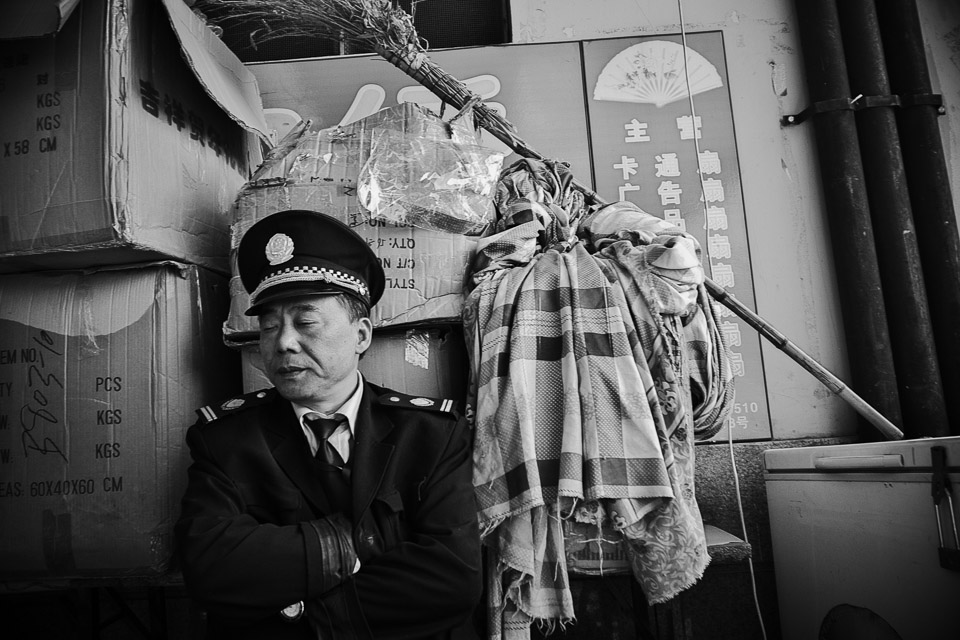 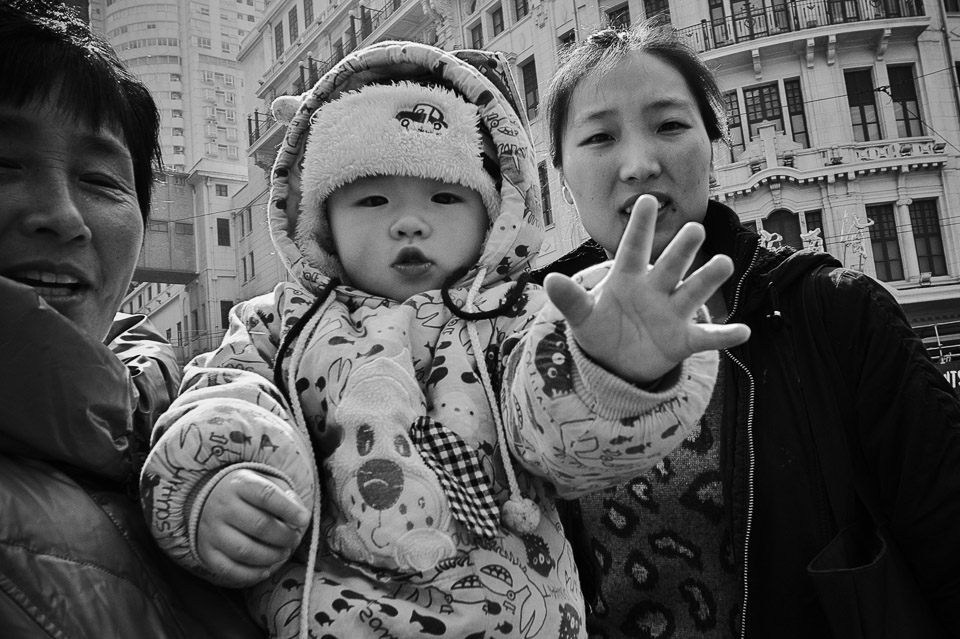 Hiroyuki uses the term “honeypot” to describe the city, thus revealing his amorous relationship with it. 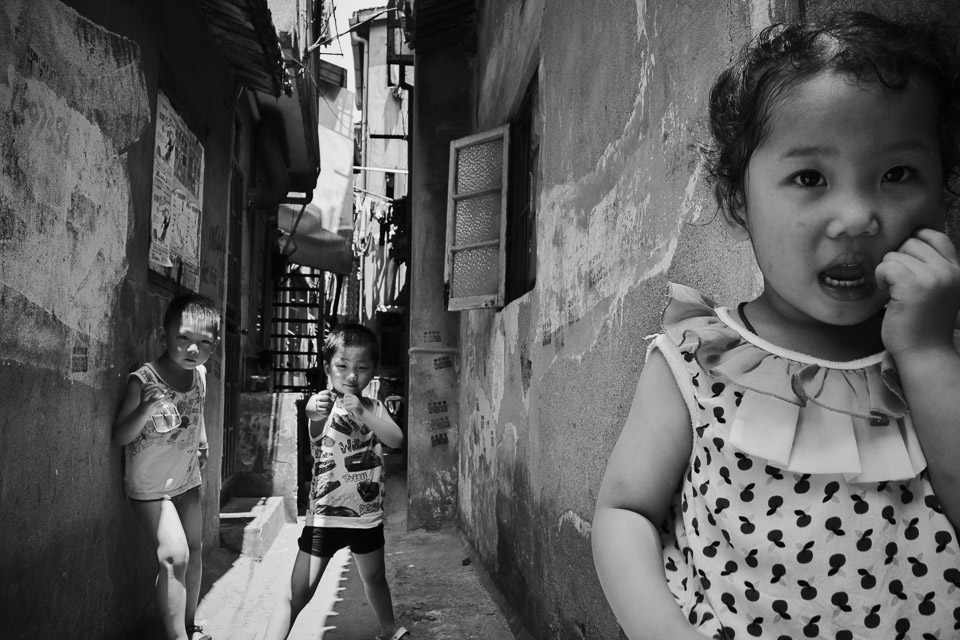 The desire for practicing this photographic genre came at a very young age for Hiroyuki and continues to accumulate in his heart.  Shooting street photography provides tremendous relief for him, for, without the platform, he claims he “would become mad.” Herein lies evidence of true passion. 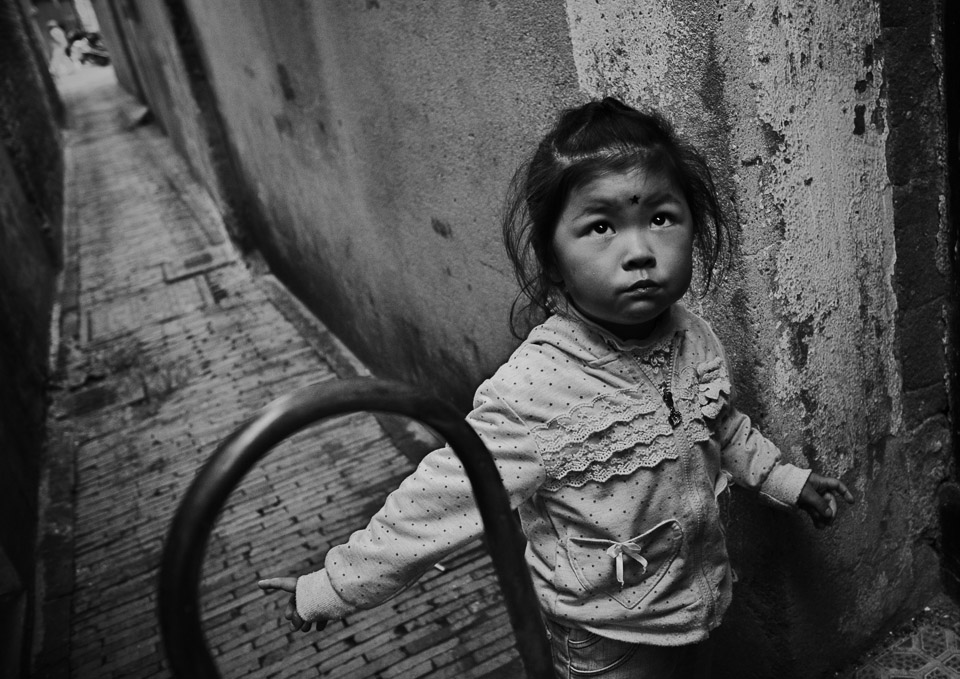 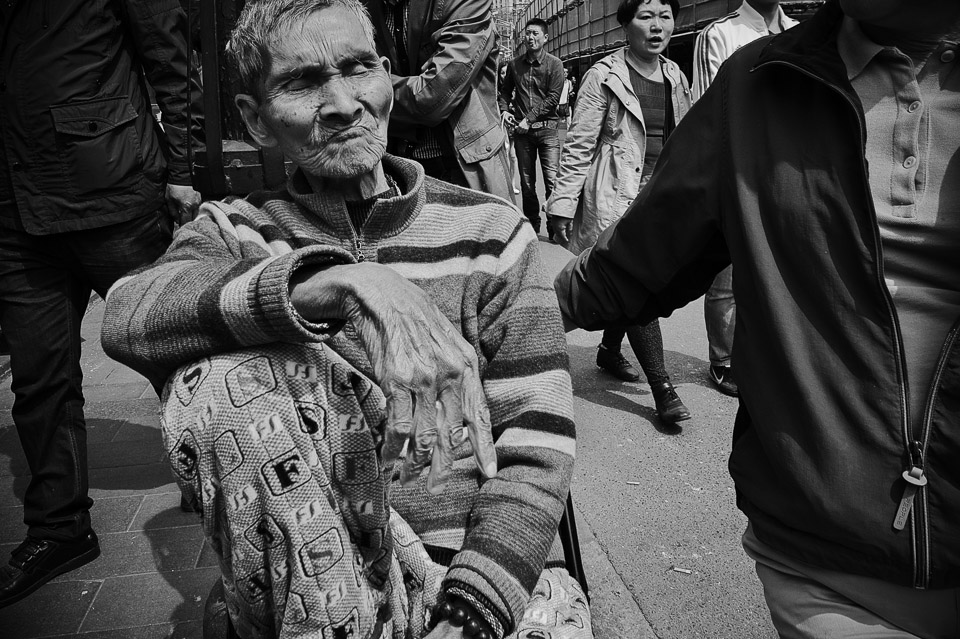 As is evidence in his images, he challenges himself by getting as close as possible to his subjects (as close as 30cm) and releasing the shutter. 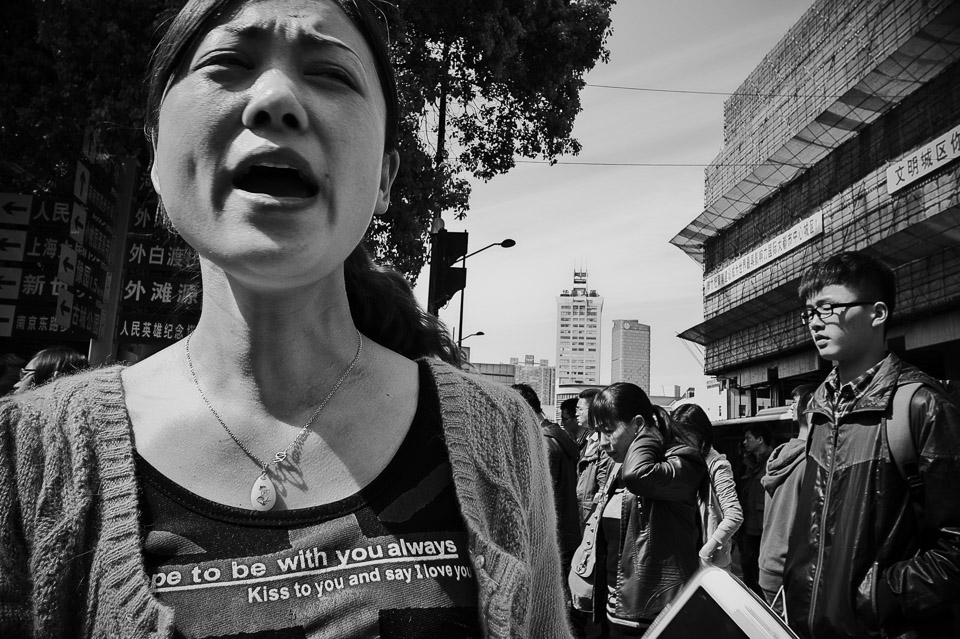 No English translation gives enough power to his next statement, so it’s presented here as he states it:

“Every time I take a photo, time stops with my will: only one second in exchange of my life.” 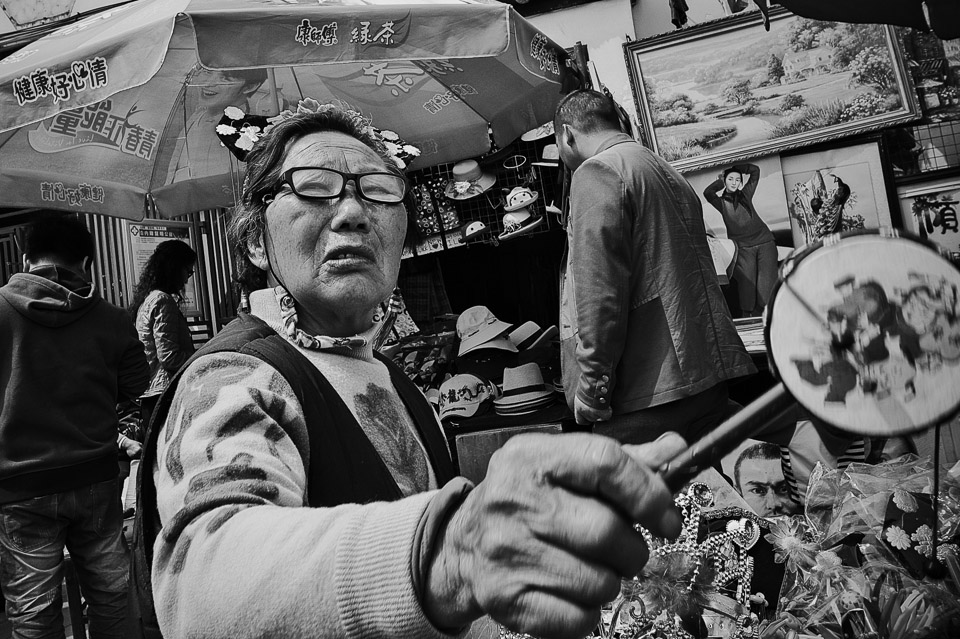 He further imparts that there is no technique for capturing street photos, but rather, simply believing that it is possible to capture anything, if you set your heart and your mind on the objective. 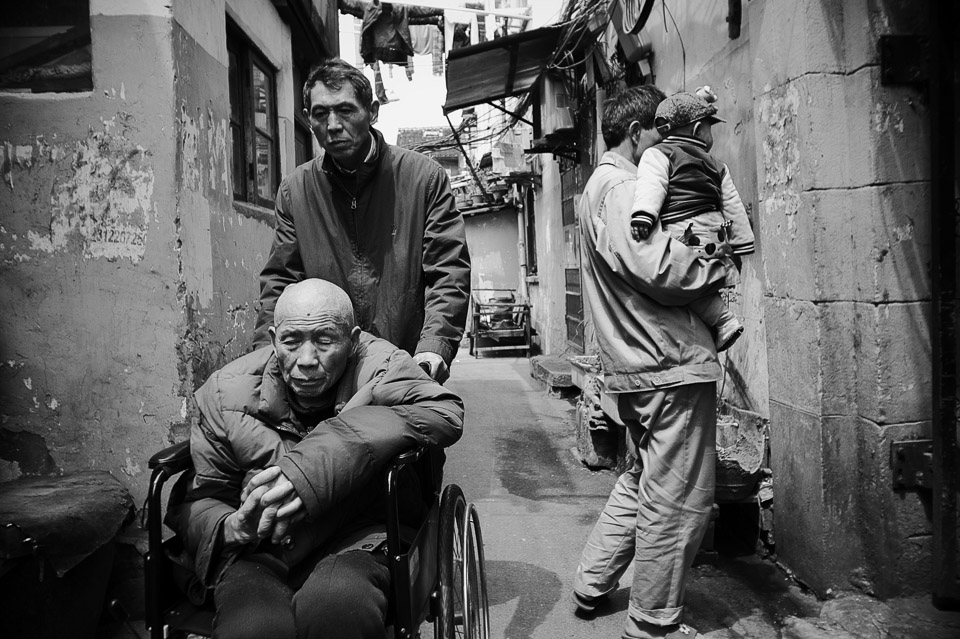 Hiroyuki’s greatest influences are Shigeo Gocho for his creative spirituality and Daido Moriyama for his shooting technique. 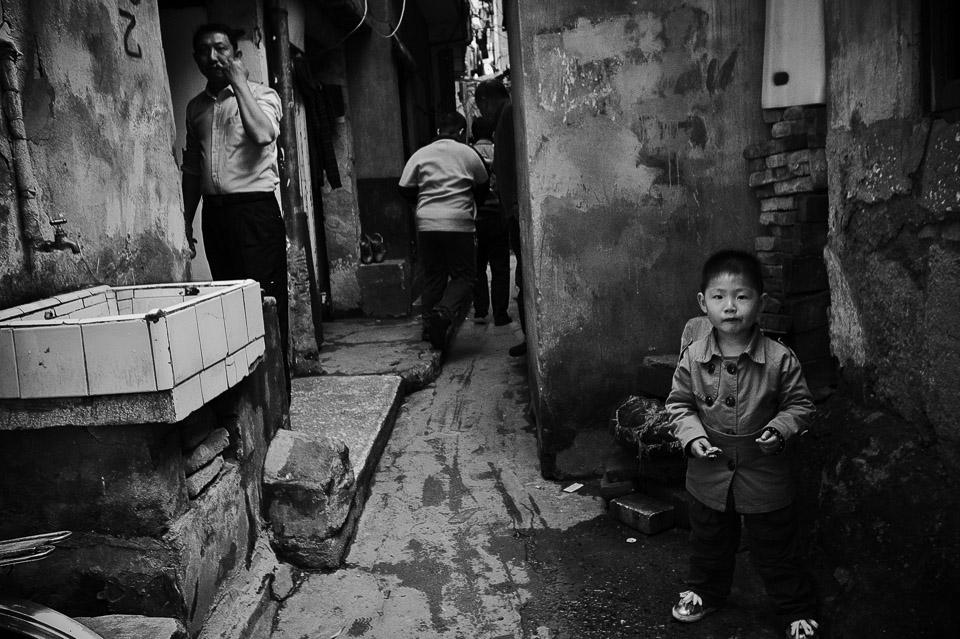 Based upon his own experience, Hiroyuki also offers advice about photo equipment. It is not necessary to buy an expensive single lens reflex camera.  Anyone who sets out to learn street photography will learn this very quickly on their own. A small palm size camera is enough with the added tip: The faster the AF speed, the better the result.

This content was created by the Street View Photography community – for the community of Street Photographers.
Production: Poy Divinagracia & Michelle de Lancey Swoish